Simeon ten Holt wrote his first compositions under the influence of Béla Bartók and Leoš Janáček. Soon he developed a composing system with complementary keys: the 'diagonal idea'. After a surrealistic intermezzo, a breakthrough came to a contemporary world of sounds.

Ten Holt composed serial music - the post-war sequel to Schönberg's twelve-tone music, where tone ranges are arranged according to pitch. In the seventies Ten Holt studied the physics of sound. There were some electronic compositions that marked the transition to the melodious avant-garde, especially Ten Holt's evening-filling piano works. Recognizable chords no longer followed the conventional route, they became stand-alone. The traditionalist, the surrealist, the modernist, the serialist, the sonologist and the minimalist Ten Holt developed his own signature. 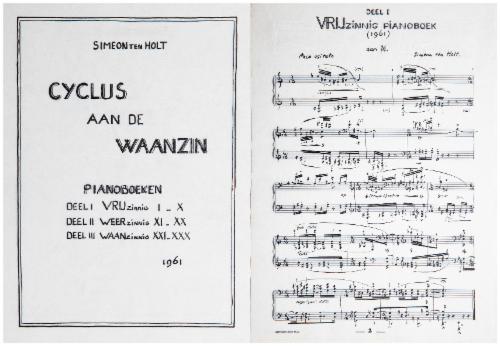 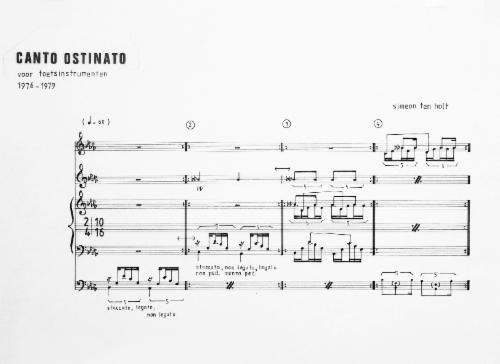